Stories of Transformation with ADCASMUS – Part 1

Among World Accord’s partner organisations in the Global South, the Association for Community Development, Environmental Protection and Multiple Services (ADCASMUS) works at the community level in El Salvador to bring support to families living in poverty. They operate in the country’s central and coastal regions, in both rural and urban localities, aiding households that would otherwise receive little to no institutional support. Their initiatives focus on bringing about sustainable development, and primarily consist of collaborating with smallholder farmers, women and youth. As such, their programs are conducted in the areas of mixed farming, food security, economic activity and education.

As the impacts of COVID-19 have been emerging in El Salvador, however, the poor have been enduring greater difficulties. In the case of ADCADMUS, community stakeholders have encountered unexpected barriers in their activities, which have required adaptation on their part despite possessing limited capacity. Yet, these challenges have not kept them discouraged. As events have been unfolding, many poor El Salvadorians have remained persevering and hopeful. This is seen through the following stories of transformation, which illustrate the initial favourable outcomes community stakeholders obtained through participation in programming conducted by ADCADMUS, until the pandemic occurred. The stories feature Rosa, Aida, a farmers’ cooperative in San Juan Opico and Faustino. They serve as reminders of what is possible through grassroots solidarity and action.

Don Faustino Molina, among all the small producers in San Juan Opico, was the most enthused participant of ADCASMUS’ organic agriculture program. He proved excited to learn about the methods of carrying out agriculture in this way, which in addition to using organic inputs, included the diversification of crops. Don Faustino was intentional about transmitting his newfound knowledge to his family, and in time, through hard work and dedication, managed to render his production organic up to 80 percent. 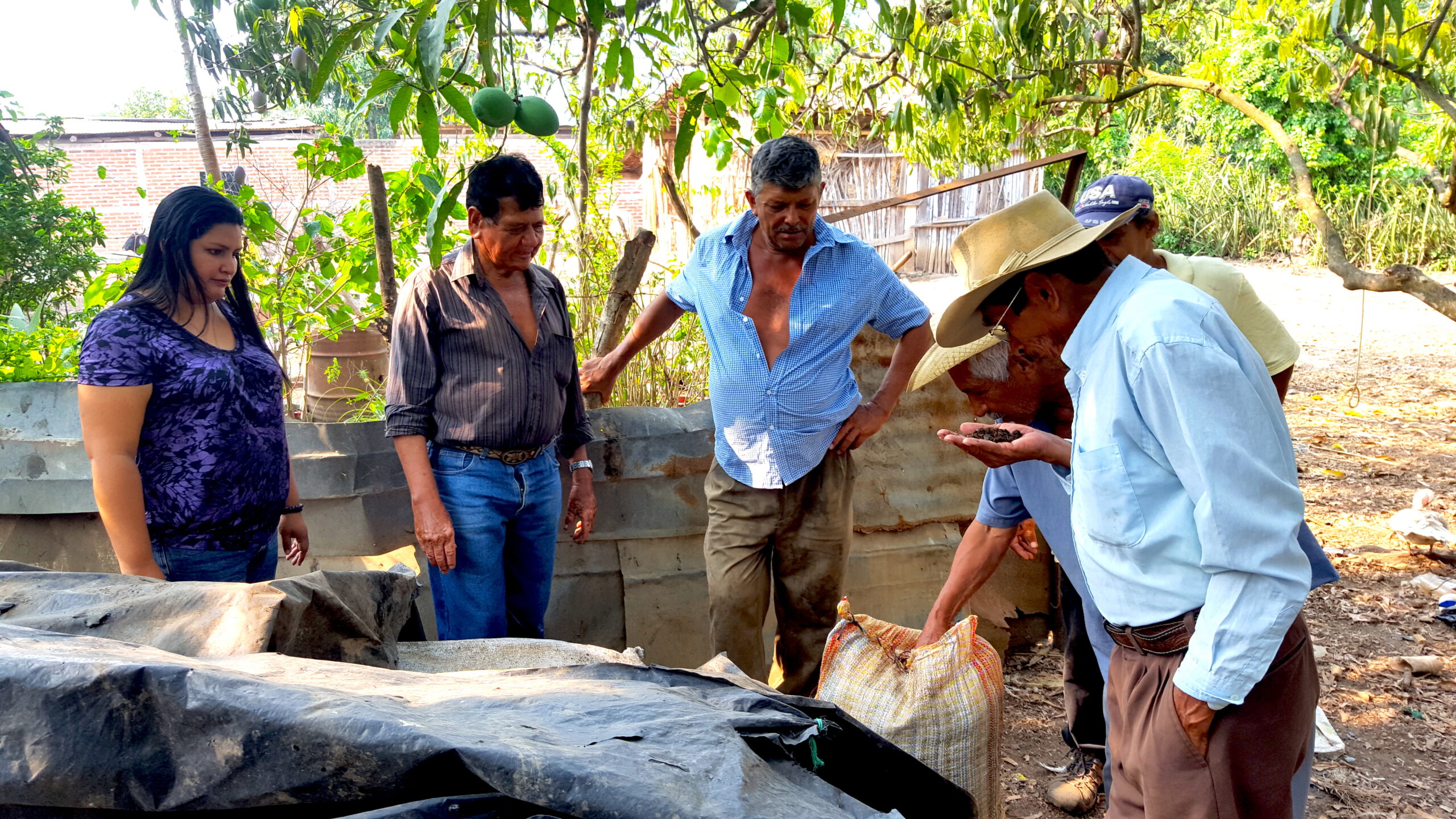 Don Foustino is second from the left – he will be missed.

This was a momentous achievement. However, due to COVID-19, Don Faustino’s progress was cut short. He contracted the illness, and sadly succumbed to it. In response, to keep his memory alive and fulfil his work, his daughters have stepped forward to work the land. They accomplish using the new methods he taught them, and serve as inspiration in their local group of small producers.


« Stories of Transformation with ADCASMUS – Part 2
Voices from the Grassroots »