Stories of Transformation with ADCASMUS – Part 2

The Story of Farmers in San Juan Opico

The municipality of San Juan Opico is located in the Department of La Libertad, in western El Salvador. Here, the programming conducted by ADCASMUS consisted of supporting the organic cultivation of basic granaos, such as corn, beans and sorghum, among smallholder farmers. Prior to the organisation’s involvement in the area, local farmers relied on chemical inputs to grow their crops. This practice, however, was problematic, as it constituted a significant expense (making up 70 percent of their total costs), degraded their soil and contributed to the emergence of serious health issues in their midst. Nonetheless, the practice was maintained, as it had been transmitted to farmers from previous generations and enabled the accelerated growth of their crops. On the other hand, organic agriculture –– that is, agriculture without the use of chemical inputs, was perceived as unreliable. It was thought to be a slower process, requiring work that is more demanding. Consequently, farmers did not employ it as a method. 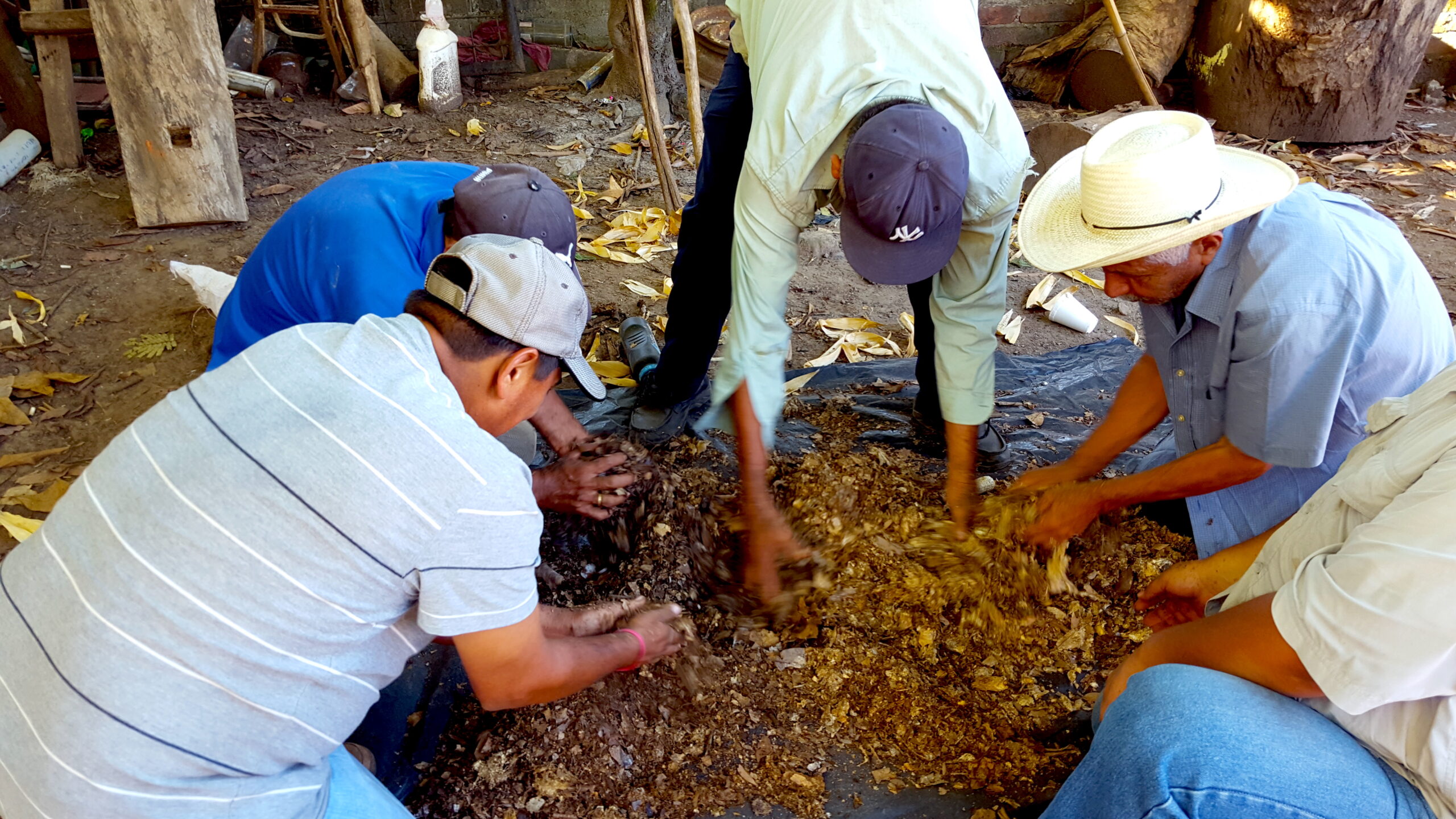 Farmers checking out their compost.

However, with the help of workshops provided by ADCASMUS, educating farmers on the benefits of organic agriculture and demonstrating these through trials and practical teachings, some began incorporating the methods in the growing of their crops. Further, as they adopted organically produced pesticides, farmers became eligible to join in the collection of live microorganisms from local mountains, to produce organic inputs of their own. These included bokashi, M5, APICHI and seedbed substrate.

The new practice ultimately helped farmers financially, as they no longer had to spend exorbitant amounts of money on chemical inputs. It also served to promote sustainability, because it consisted of using biodegradable waste and other natural elements to produce food. Further, even with the arrival of the pandemic and the challenges this has brought on for small producers, ADCASMUS has managed to get 40 percent of their organic supplies to be adopted by farmers. Hence, the organisation considers the initiative to have thus far been a success.